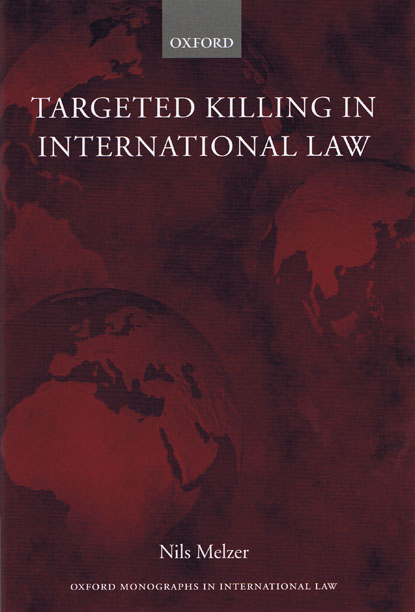 This book conducts an in-depth analysis into the lawfulness of State-sponsored targeted killings under international human rights and humanitarian law. It also addresses the relevance of the law of inter-state force to targeted killings, and the interrelation of the various normative frameworks which may simultaneously apply to operations involving the intentional use of lethal force.

Through a comprehensive analysis of treaties, custom, and general principles of law in light of jurisprudence, doctrine, and travaux preparatoires the author demonstrates that contemporary international law provides two distinct normative paradigms which govern the use of lethal force in law enforcement and in the conduct of hostilities. Based on the resulting normative paradigms, the author shows in what circumstances targeted killings may be considered as internationally lawful. The practical relevance of the various conditions and modalities is illustrated by reference to concrete examples of targeted killing from recent State practice.

In essence the book argues that any targeted killing not directed against a legitimate military target remains subject to the law enforcement paradigm, which imposes extensive restraints on the practice. Even under the paradigm of hostilities, no person can be lawfully liquidated without further considerations. As a form of individualized or surgical warfare, the method of targeted killing requires a 'microscopic' interpretation of the law regulating the conduct of hostilities which leads to nuanced results.

The author concludes by highlighting and comparing the main areas of concern arising with regard to State-sponsored targeted killing under each normative paradigm and by placing the results of the analysis in the wider context of the rule of law.