Freedom of Information: The Law, the Practice and the Ideal 4th ed 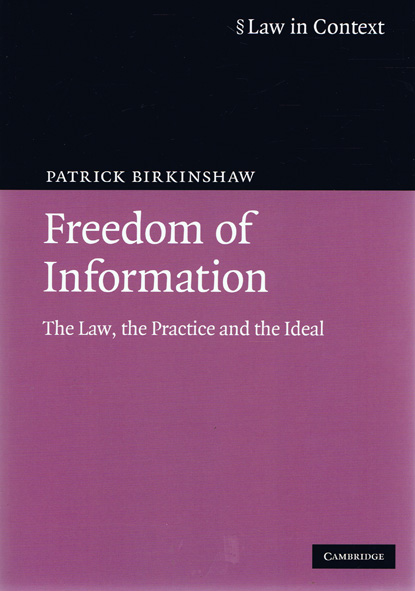 Enacted in 2000 and in operation in the UK since 2005, the Freedom of Information (FOI) Act has revealed information which has generated calls for constitutional reform.

A massive ‘information jurisprudence’ has developed through the decisions of the Information Commissioner, the Information Tribunal and the courts. Governments’ responses to the war on terror have involved increased resort to claims of national security and accompanying secrecy, but these developments have to exist alongside demands for FOI and transparency.

FOI has to balance access to and protection of personal information, and major amendments have been made to the Data Protection Act in order to balance the competing demands of transparency and privacy. This detailed discussion of FOI laws and personal data laws examines the historical development of secrecy, national security and government, and their modern context.