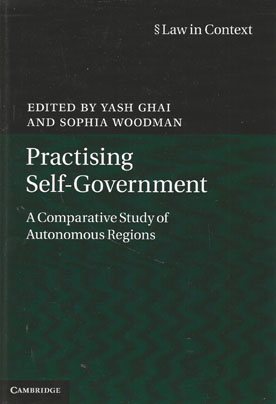 Autonomy provides a framework that allows for regions within countries to exercise self-government beyond the extent available to other sub-state units.

This book presents detailed case studies of thirteen such autonomies from around the world, in which noted experts on each outline the constitutional, legal and institutional frameworks as well as how these arrangements have worked in practice to protect minority rights and prevent secession of the territories in question.

The volume's editors draw on the case studies to provide a comparative analysis of how autonomy works and the political and institutional conditions under which it is likely to become a workable arrangement for management of the differences that brought it into being.