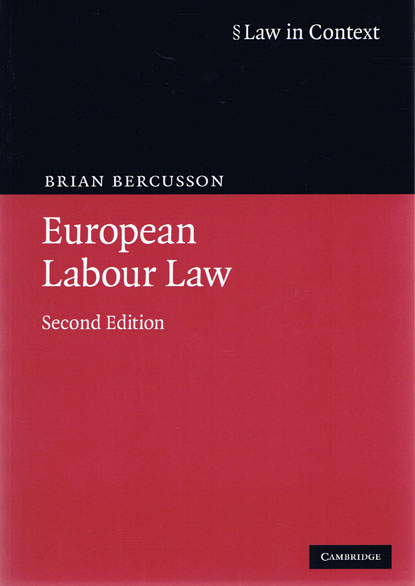 European Labour Law explores how individual European national legal systems, in symbiosis with the European Union, produce a transnational labour law system that is distinct and genuinely European in character. Professor Brian Bercusson describes the evolution of this system, its national, transnational and global contexts and its institutional and substantive structures.

The collective industrial-relations dimension of employment is examined, and the labour law of the EU as manifested in, for example, European works councils is analysed. Important subjects which have traditionally received little attention in some European labour law systems are covered, for example, the fragmentation of the workforce into atypical forms of employment. Attention is also given to the enforcement of European labour law through administrative or judicial mechanisms and the European social dialogue at intersectoral and sectoral levels.

This new edition has been extensively updated, as the EU's influence on this area of social policy continues to grow.