The Participation of States in International Organisations: The Role of Human Rights and Democracy 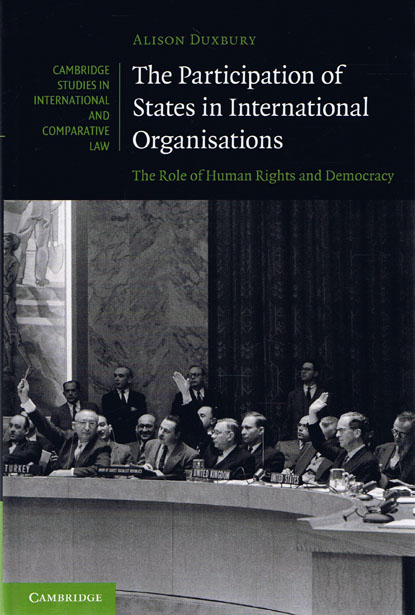 The admission of a state to membership is an important decision for an international organisation. In making this determination, organisations are increasingly promoting the observance of human rights and democratic governance as relevant principles.

They have also applied the same criteria in resolving the question of whether existing members should be excluded from an organisation's processes. Through a systematic examination of the records, proceedings and practice of international organisations, Alison Duxbury examines the role and legitimacy of human rights and democracy as membership criteria.

A diverse range of examples is discussed, including the membership policies and practice of the League of Nations and the United Nations; the admission of the Central and Eastern European states to the European Union; developments in regional organisations in Africa, Asia and the Americas; and the exclusion of members from the UN specialised agencies.

Contents:
Introduction
1. The move to institutions in the age of rights
2. The challenge of universality: the League of Nations and United Nations
3. Rights, regionalism and participation in Europe
4. Restricting the ranks: excluding states from closed organisations
5. The relationship between powers, purposes and participation in specialised organisations
6. Legitimacy, democracy and membership
Conclusion.