Sugar and the Making of International Trade Law 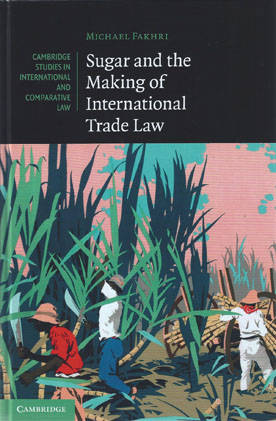 This book traces the changing meanings of free trade over the past century through three sugar treaties and their concomitant institutions. The 1902 Brussels Convention is an example of how free trade buttressed the British Empire.

Through a legal study of free trade ideas, interests and institutions, this book highlights how the line between the state and market, domestic and international, and public and private is always a matter of contest.

Contents:
Part I. Prologue:
1. International institutions as part of the history of agriculture
2. Histories as context
Part II. The 1902 Brussels Convention and the Beginnings of Modern Trade Law:
3. Free trade as an imperial project
4. The institutionalization of international trade
Part III. The 1937 ISA, Cuba and the League of Nations:
5. Economic aspects of the League of Nations
6. Developing a Cuban State and renegotiating American imperialism
Part IV. The 1977 ISA and the Implications of Institutionalization:
7. The postwar institutional landscape
8. The 1977 ISA as an exemplar of postwar ICAs
Part V. Epilogue: 9. Using the past to open up the future of trade law.