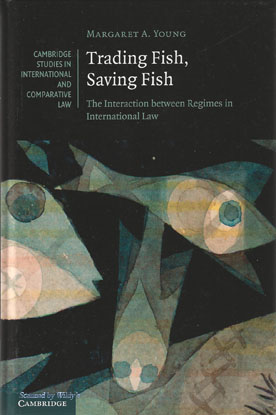 Numerous international legal regimes now seek to address the global depletion of fish stocks, and increasingly their activities overlap. The relevant laws were developed at different times by different groups of states.

They are motivated by divergent economic approaches, influenced by disparate non-state actors, and implemented by separate institutions such as the World Trade Organisation and the United Nations Food and Agriculture Organisation. Margaret Young shows how these and other factors affect the interaction between regimes. Her empirical and doctrinal analysis moves beyond the discussion of conflicting norms that has dominated the fragmentation debate.

Case-studies include the negotiation of new rules on fisheries subsidies, the restriction of trade in endangered marine species and the adjudication of fisheries import bans. She explores how regimes should interact, in fisheries governance and beyond, to offer insights into the practice and legitimacy of regime interaction in international law.

The Crime of Aggression Under the Rome Statute of the International Criminal Court 2nd ed
Carrie McDougall
ISBN 9781108738521
To be published June 2021
Cambridge University Press
£39.99

Minorities and the Making of Postcolonial States in International Law
Mohammad Shahabuddin
ISBN 9781108483674
To be published June 2021
Cambridge University Press
£85.00