The Doctrine of Odious Debt in International Law: A Restatement 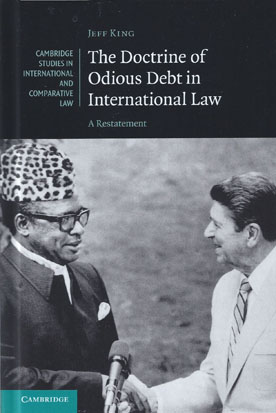 According to the doctrine of odious debt, loans which are knowingly provided to subjugate or defraud the population of a debtor state are not legally binding against that state under international law.

Breaking with widespread scepticism, this groundbreaking book reaffirms the original doctrine through a meticulous and definitive examination of state practice and legal history.

It restates the doctrine by introducing a new classification of odious debts and defines 'odiousness' by reference to the current, much more determinate and litigated framework of existing public international law.

Acknowledging that much of sovereign debt is now governed by the private law of New York and England, Jeff King explores how 'odious debts' in international law should also be regarded as contrary to public policy in private law.

This book is essential reading for practising lawyers, scholars, and development and human rights workers.