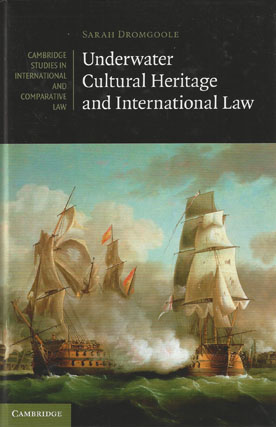 The UNESCO Convention on the Protection of the Underwater Cultural Heritage 2001, which entered into force internationally in 2009, is designed to deal with threats to underwater cultural heritage arising as a result of advances in deep-water technology. However, the relationship between this new treaty and the UN Convention on the Law of the Sea is deeply controversial.

This study of the international legal framework regulating human interference with underwater cultural heritage explores the development and present status of the framework and gives some consideration to how it may evolve in the future.

The central themes are the issues that provided the UNESCO negotiators with their greatest challenges: the question of ownership rights in sunken vessels and cargoes; sovereign immunity and sunken warships; the application of salvage law; the ethics of commercial exploitation; and, most crucially, the question of jurisdictional competence to regulate activities beyond territorial sea limits.

The Crime of Aggression Under the Rome Statute of the International Criminal Court 2nd ed
Carrie McDougall
ISBN 9781108738521
To be published June 2021
Cambridge University Press
£39.99

Minorities and the Making of Postcolonial States in International Law
Mohammad Shahabuddin
ISBN 9781108483674
To be published June 2021
Cambridge University Press
£85.00