Armed Conflict and Displacement: The Protection of Refugees and Displaced Persons Under International Humanitarian Law 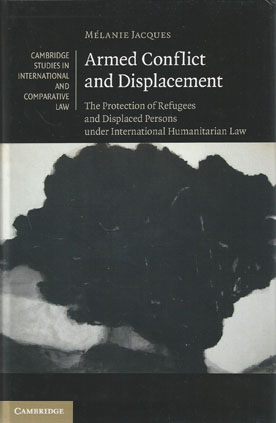 With 'displacement' as the guiding thread, the purpose of this study is twofold.

Firstly, it derives from the relevant provisions of international humanitarian law a legal framework for the protection of displaced persons in armed conflict, both from and during displacement. It contains a case study on Israeli settlements in the Occupied Palestinian Territory and the recent Advisory Opinion on the Separation Wall, and addresses such issues as humanitarian assistance for displaced persons, the treatment of refugees in the hands of a party to a conflict and the militarisation of refugee camps.

Secondly, it examines the issue of displacement within the broader context of civilian war victims and identifies and addresses the normative gaps of international humanitarian law, including the inadequacy of concepts such as 'protected persons' and the persistence of the dichotomy between international and non-international armed conflicts, which is at odds with the realities of contemporary armed conflicts.