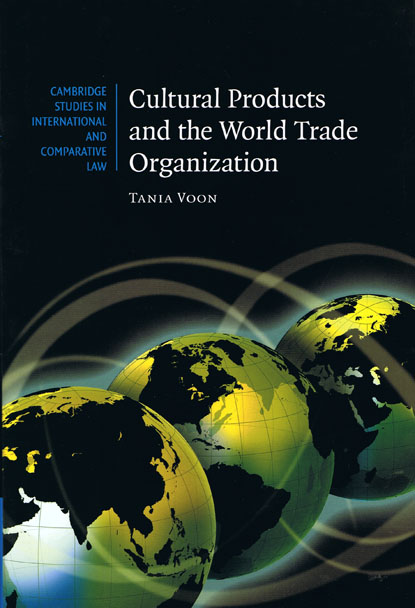 Debate about trade and culture has a long history, but the application of WTO rules to cultural products such as films, radio and books remains one of the most divisive issues in the organisation. After assessing the economic and social arguments for treating cultural products differently from things like steel or wheat, this book explains how the vastly different views of WTO Members in earlier negotiations led to an outcome that is disappointing for all. It goes on to provide a comprehensive evaluation of possible solutions, including evolution of the law through WTO dispute settlement, a new agreement outside the WTO, and reforms to improve the balance between trade liberalisation and cultural policy objectives.

As UNESCO’s new convention affecting trade and cultural diversity is due to enter into force in 2007 and the WTO’s Doha Round of negotiations is stumbling, the need for such an evaluation is pressing.

Contents:
Part I. Stalemate and its Ideological Origins:
1. Trade and culture
2. A case study of cultural products: protectionism vs cultural policy
3. What's wrong with the current treatment of cultural products?
Part II. Options for the Future:
4. Resolution through dispute settlement and international law
5. Constructing a new agreement outside the WTO
6. Improving the existing WTO agreements
7. Conclusion.