Crimes Against Peace and International Law 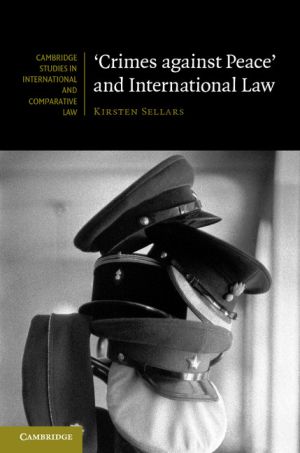 In 1946, the judges at the International Military Tribunal at Nuremberg declared 'crimes against peace' - the planning, initiation or waging of aggressive wars - to be 'the supreme international crime'.

At the time, the prosecuting powers heralded the charge as being a legal milestone, but it later proved to be an anomaly arising from the unique circumstances of the post-war period. This study traces the idea of criminalising aggression, from its origins after the First World War, through its high-water mark at the post-war tribunals at Nuremberg and Tokyo, to its abandonment during the Cold War.

Today, a similar charge - the 'crime of aggression' - is being mooted at the International Criminal Court, so the ideas and debates that shaped the original charge of 'crimes against peace' assume new significance and offer valuable insights to lawyers, policy-makers and scholars engaged in international law and international relations.

Contents:
1. The emergence of the idea of aggression
2. The quest for control
3. The creation of a crime
4. Innovation and orthodoxy at Nuremberg
5. The Allies and an ad hoc charge
6. The elimination of Japanese militarism
7. Questions of self-defence
8. Divisions on the bench at Tokyo
9. The uncertain legacy of crimes against peace
Postscript.