Justification and Excuse in International Law: Concept and Theory of General Defences 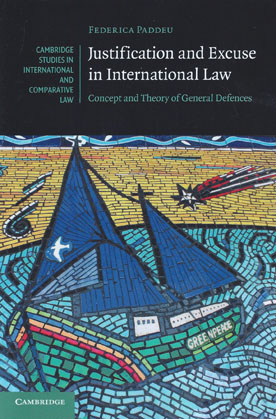 The defences available to a state under the law of state responsibility can be considered either justifications (which render acts lawful) or excuses (excluding the responsibility of the state for wrongful conduct). This book is the first to comprehensively examine the distinction, informed by state practice and theoretical considerations.

The book shows that the distinction, often dismissed as one of mere academic distinction, carries significant practical implications in respect of, among others, the responsibility of accessories to the wrongful act, compensation for material breach, suspension and termination following a material breach of treaty, and impact on the normative pull of rules.

Combining an analysis of state practice, the historical development of the defences, their concept and rationale, and the theory of justification and excuse, the author proposes a classification of the six defences recognised in the Articles on State Responsibility adopted by the International Law Commission in 2001.